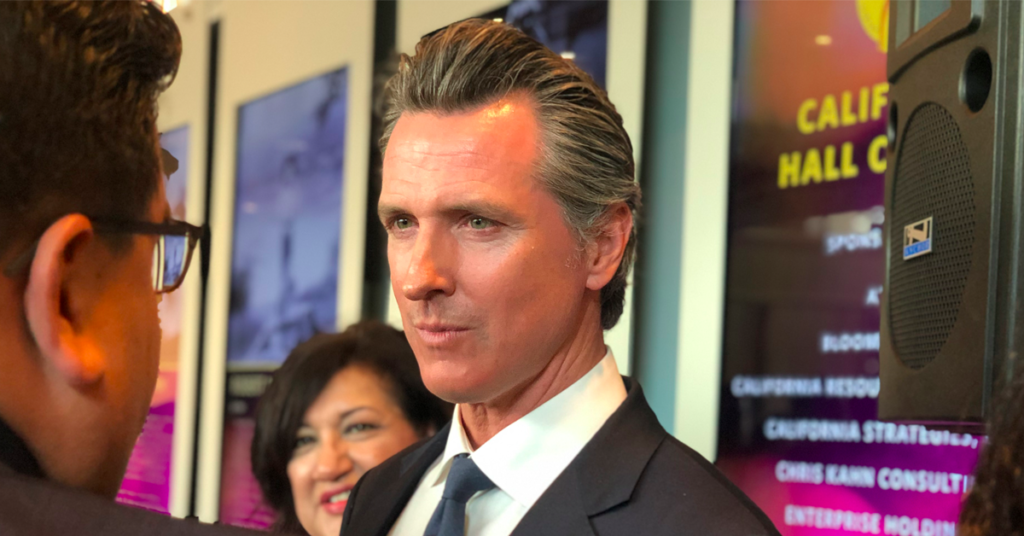 In a move to counter a recent update to Federal water policy that will send more water to the San Joaquin Valley, Gov. Gavin Newsom and state water and environmental officials announced plans to sue the Federal government over the update while seeking tighten water exports via the state-operated State Water Project.

It marks a break between California’s two major water projects – the State Water Project and Central Valley Project – operated separately, yet in concert.

In briefing material, the California Department of Water Resources explicitly states that the draft proposal “does not seek to increase SWP exports” to water users south of the Sacramento-San Joaquin Delta.

“We are once again marshaling our collective resources… to chart a new path forward for water policy in California,” Newsom said in a statement issued on Thursday.

The move is targeted at three years worth of work by officials by the U.S. Departments of Interior and Commerce to update the biological opinions that govern the Federally-operated Central Valley Project.

The opinions sought to increase pumping of water for water users by transitioning from rigid, calendar-based pumping schedules to real-time monitoring of threatened fish populations in the Delta.

State officials categorized the biological opinion update as “not scientifically adequate” that “fall short of protecting species and the state’s interests.”

Yet, California’s own plan similarly leans on real-time management of Delta conditions.

Newsom has had an uncomfortable ride navigating the choppy waters in California’s Water Wars.

In October, he caught flak from environmental groups for vetoing Senate Bill 1 – a pre-emptive strike to the new biological opinions which sought to freeze California’s water standards to those in place on the final day of the Obama administration. At the time, he argued the bill gave California no additional authority

Initiating separate standards for the two water projects is similarly tricky. The two were intentionally designed to work in sync.

Yet, as reported by Agri-Pulse, Jeffrey Kightlinger – general manager for Metropolitan Water District – said that the pumps for the two projects were so close “you could almost throw a rock and hit them.”

“The idea that they would be operating under very different scenarios is not operationally feasible,” Kightlinger said during an August press event. “It would cause havoc.”

State Water Contractors, an association of water users who contract with the State Water Project, expressed disappointment at the threat of litigation, arguing it would harm negotiations of voluntary agreements between water users and government agencies.

“[We] are disappointed that the state’s concerns related to the federal biological opinions weren’t worked out around the negotiating table as opposed to being pursued through litigation,” State Water Contractors general manager Jennifer Pierre said in a statement. “We are concerned about the impact any litigation may have on the Voluntary Agreements process, state and federal water project operations and other collaborative joint efforts to address issues in the Sacramento-San Joaquin Delta.”

In its own statement, the Bureau of Reclamation invited the challenge from Newsom and the State of California.

“From the beginning, we’ve been focused on cooperative solutions with the State of California to bring reliable water supplies to farms, families, communities and the environment,” Reclamation’s Commissioner Brenda Burman said in a statement. “Today’s announcement by Governor Newsom is disappointing in his preference to have judges dictate these important projects instead of the career professionals at the federal and state levels who have developed a plan based on the best science and significant input from the public.”

“If that’s their choice, we’ll see them in court.”